Vegan French Toast made with Aquafaba 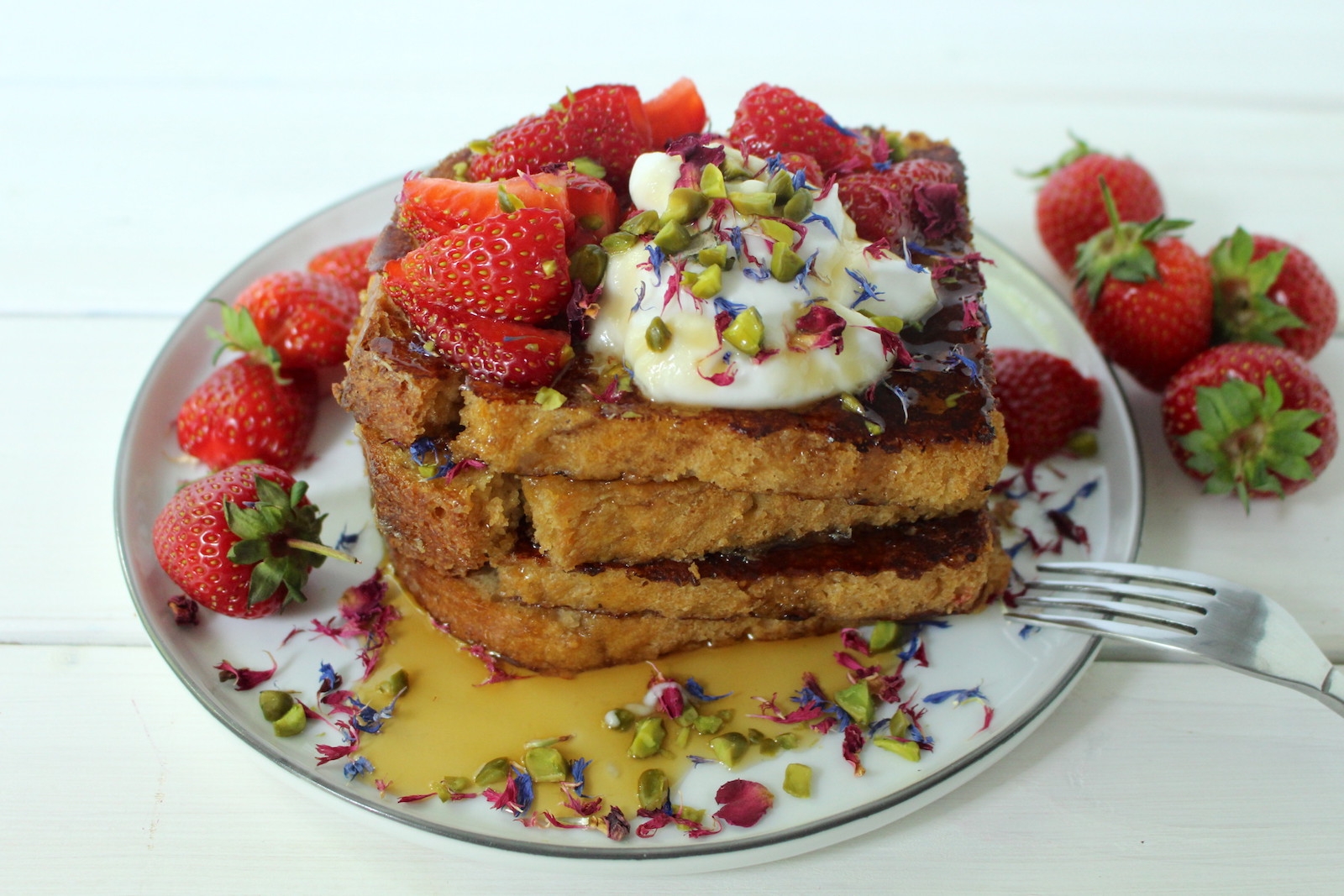 I’m sure we used to eat french toast every other Sunday when I was a kid. It simply is the best and probably most delicious way to make use of stale bread. What else is new? Well, how about making use of the liquid that’s left in a can/ jar of cooked chickpeas, which you’d probably just throw away anyway when making hummus or the like. This liquid (also called “aquafaba”) makes for a great substitute for eggs in all kinds of recipes. You can even beat it like you would egg whites and end up with “beaten egg whites”. So I will probably share more recipes using this miraculous ingredient on the blog soon. Back to french toast. I tried replacing the egg, which you’d actually use if making french toast with other ingredients, by flax seeds or bananas. However, I was never really satisfied with the end result. One day I tried making a meringue cake using chickpeas water (and miserably failed), when some aquafaba was left. Why not try making french toast with it, I thought. No sooner said than done! Together with cashews, oat milk and some maple syrup, this wonderful recipe was the result. Btw: French toast can only be as good as the bread you use. So be sure to use a kind of bread, that you really like – no matter if that’s ciabatta, baguette or toast. The bread you see on the pics and which I found at the grocery store lately is mainly made of millet and spelt flour and therefore healthier than regular white bread. To be honest though, I liked this recipe better with boringly normal baguette. I like french toast best with a dab of coconut yoghurt, some maple syrup and fresh fruit. Obviously edible flowers and pistachios aren’t essential, but make it look pretty – and as you know, you eat with your eyes. 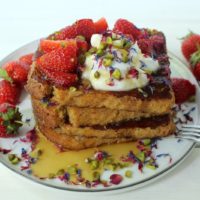 Not only does this recipe for french toast make use of stale bread, but also of chickpeas water: the water left in a can of cooked chickpeas, that you'd probably just throw away when making hummus.

I hope you love this recipe – please let me know in the comment section below! If you make this french toast, make sure to take a photo and share it on my Facebook page or on Instagram, using the hashtag #minamadefood. Oh and don’t forget to tag me (@thisisminamade) so that I can see your creations! I’ve literally just finished eating this – I enjoyed it so much I just had to leave a comment. I found your blog searching for a way to use up my aquafaba. I loved that you added a natural fat like cashews, so I thought I would try it.

Texture was spot on, silky and custardy. I’m saving your blog so I can check out your other recipes!

Notes: I subbed the cashews for cashew butter, and I sweetened with date paste. I didn’t do the optional baking step.