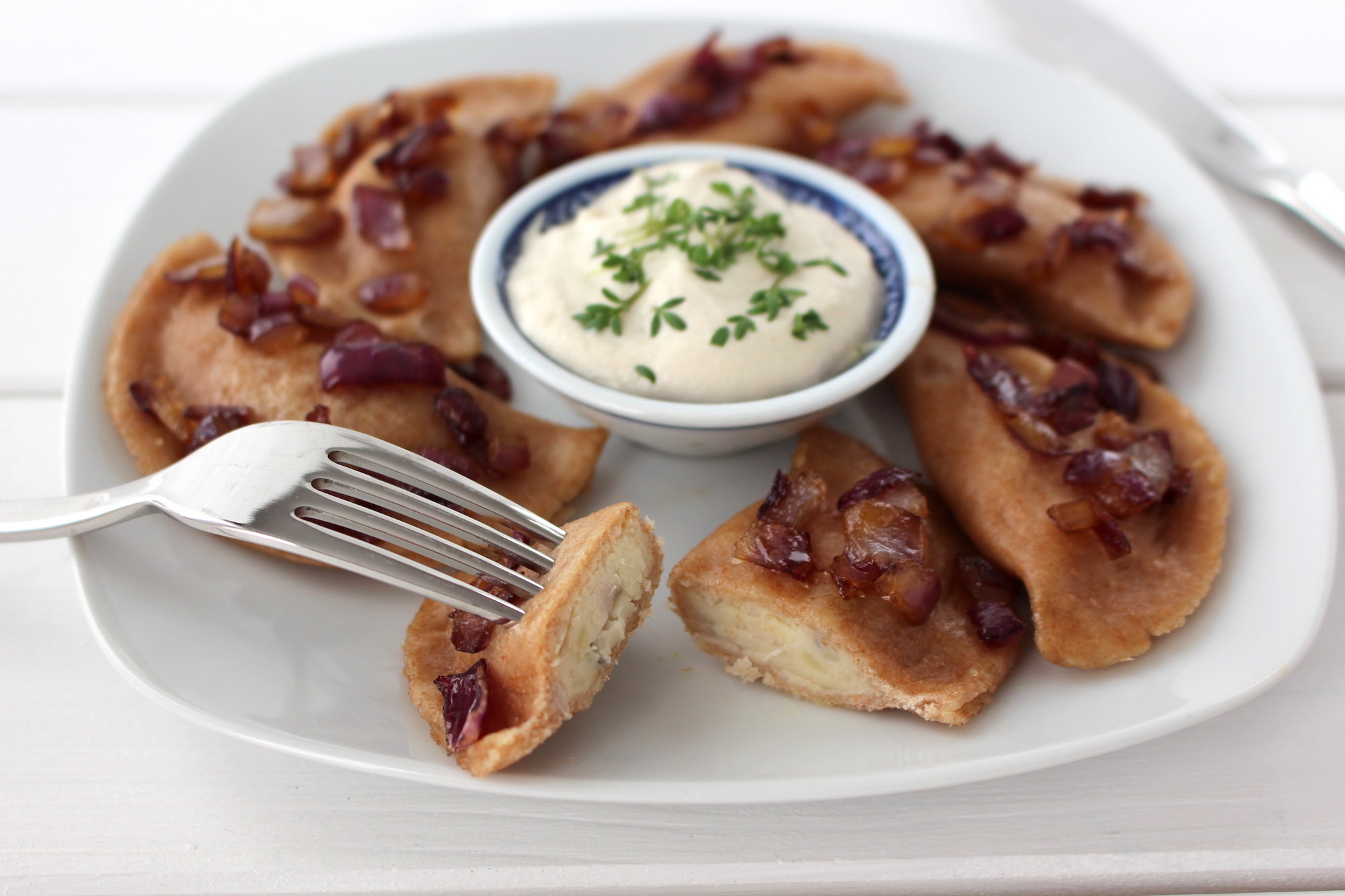 These vegan pierogi are inspired by my recent visit to Warsaw, Poland, where – for the first time ever – I had them at a cute café. At “Vege Bistro“, they serve all kinds of vegan, or rather “veganized”, Polish national dishes. Pierogi might be the most famous of them all – my Canadian friend just told me that they’d even have the largest statue of a perogy, as they call it, in Alberta, Canada! And yet I’ve never tried pierogi before, let alone vegan pierogi…

For those of you who don’t know (please tell me I’m not the only one): pierogi are filled dumplings, kind of similar to Italian ravioli but typically served with caramelized onions and melted butter, sometimes with sour cream. Typical fillings include potato, sauerkraut, meat, lentils, mushrooms, and even fruit. At the café in Warsaw I had a few vegan pierogi filled with potato and “cheese” and some with a fava bean filling. Both kinds were delicious!

I love potatoes, hence filled my first homemade pierogi with mashed potatoes, sour cream and onion. They were delicious, but next time I’ll roll the dough a lot thinner and I’ll probably use regular (spelt) flour instead of wholemeal (I wanted to do so anyway, but wholemeal spelt flour was all I had on hand).

This recipe for vegan pierogi makes about 45-50 pieces, depending on the size. I recommend rolling the dough as thin as possible. Fill these pierogi with mashed potatoes and sour cream/ sauerkraut/ mushrooms/ fruit or anything else you like.

I hope you love this recipe – please let me know in the comment section below! If you make these pierogi, make sure to take a photo and share it on my Facebook page or on Instagram, using the hashtag #minamadefood. Oh and don’t forget to tag me (@thisisminamade) so that I can see your creations!