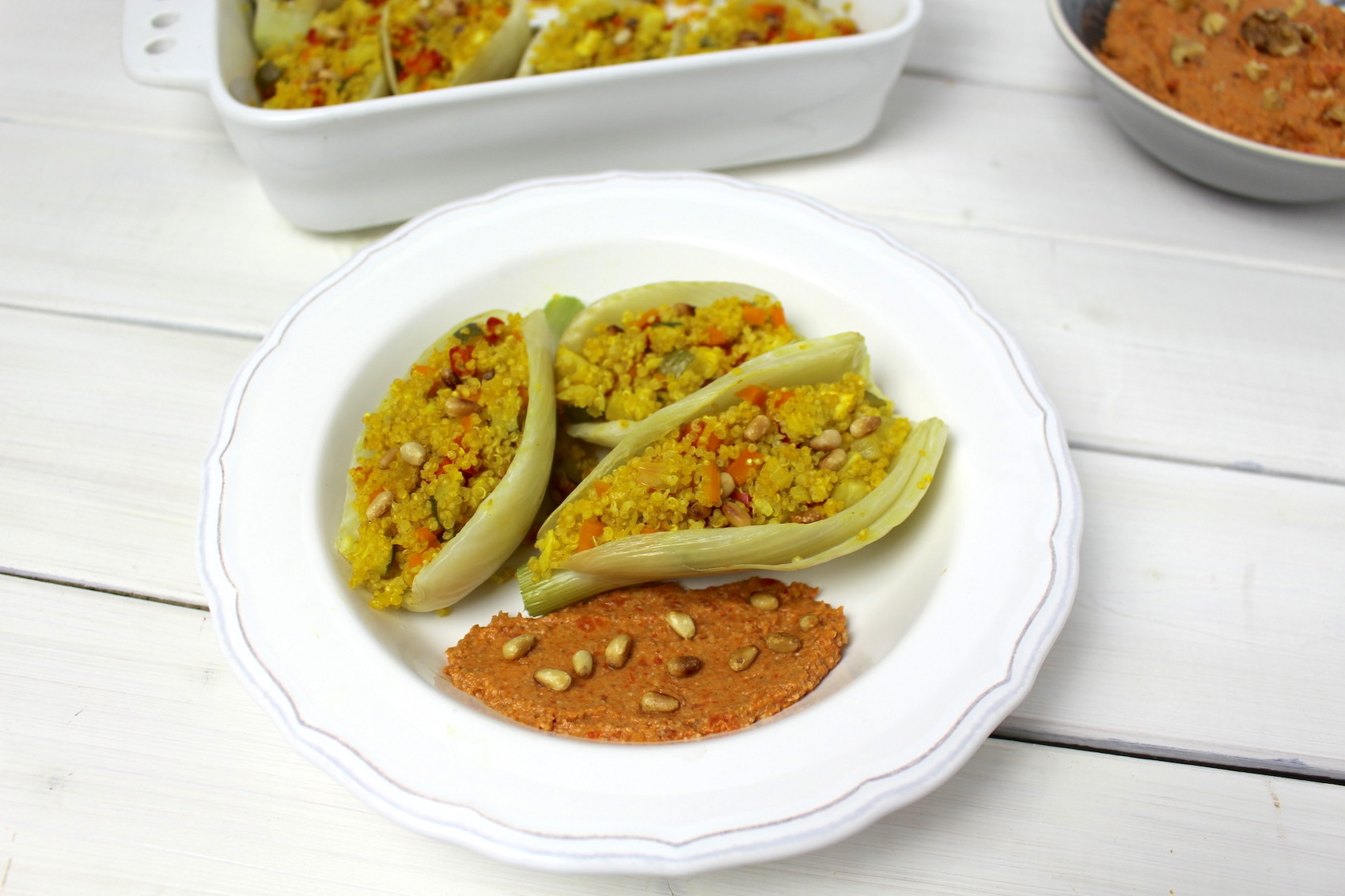 To be honest, these quinoa fennel boats kind of happened by mistake. Basically I got where I wanted to go whilst going and without even knowing where I wanted to go with this. If that makes any sense. It does sound pretty happy-go-lucky, I guess. That’s actually the best way to cook in my opinion anyway. So I just knew I wanted to make something with fennel since it’s in season right now. But even the quinoa stuffing itself, which I made simply by adding all of my leftover veggies to the pan, turned out insanely delicious. And if you make a face just by thinking about fennel: don’t worry, the quinoa stuffing tastes amazing without the fennel boats. The Syrian muhammara dip, however, is a must… You may have tried this pepper walnut dip at an Arabic/ Middle Eastern restaurant before, but didn’t dare to make it yourself. And yet it’s just as easy to make as hummus. I got inspired by some original Syrian recipes, this one for instance, and adjusted them just slightly. Traditional recipes oftentimes call for a lot of oil, while I find that even by reducing the amount of oil, it’s still pretty rich due to the walnuts. Also, I’d substitute the typically used pomegranate molasses with maple sirup and lemon juice, simply because it’s what I had on hand anyway. The red pepper walnut dip is pretty versatile and makes a great spread, too. And it tastes exceptionally good with the quinoa stuffed fennel boats or even with the quinoa stuffing only. These quinoa fennel boats taste amazingly uncommon. They're both: a treat for your taste buds and eyes. This Syrian inspired red pepper walnut dip tastes great with everything, really. While traditionally served with flat bread, I personally like it with veggies and quinoa, too. I hope you love these recipes – please let me know in the comment section below! If you make them yourself, make sure to take a photo and share it on my Facebook page or on Instagram, using the hashtag #minamadefood. Oh and don’t forget to tag me (@thisisminamade) so that I can see your creations!