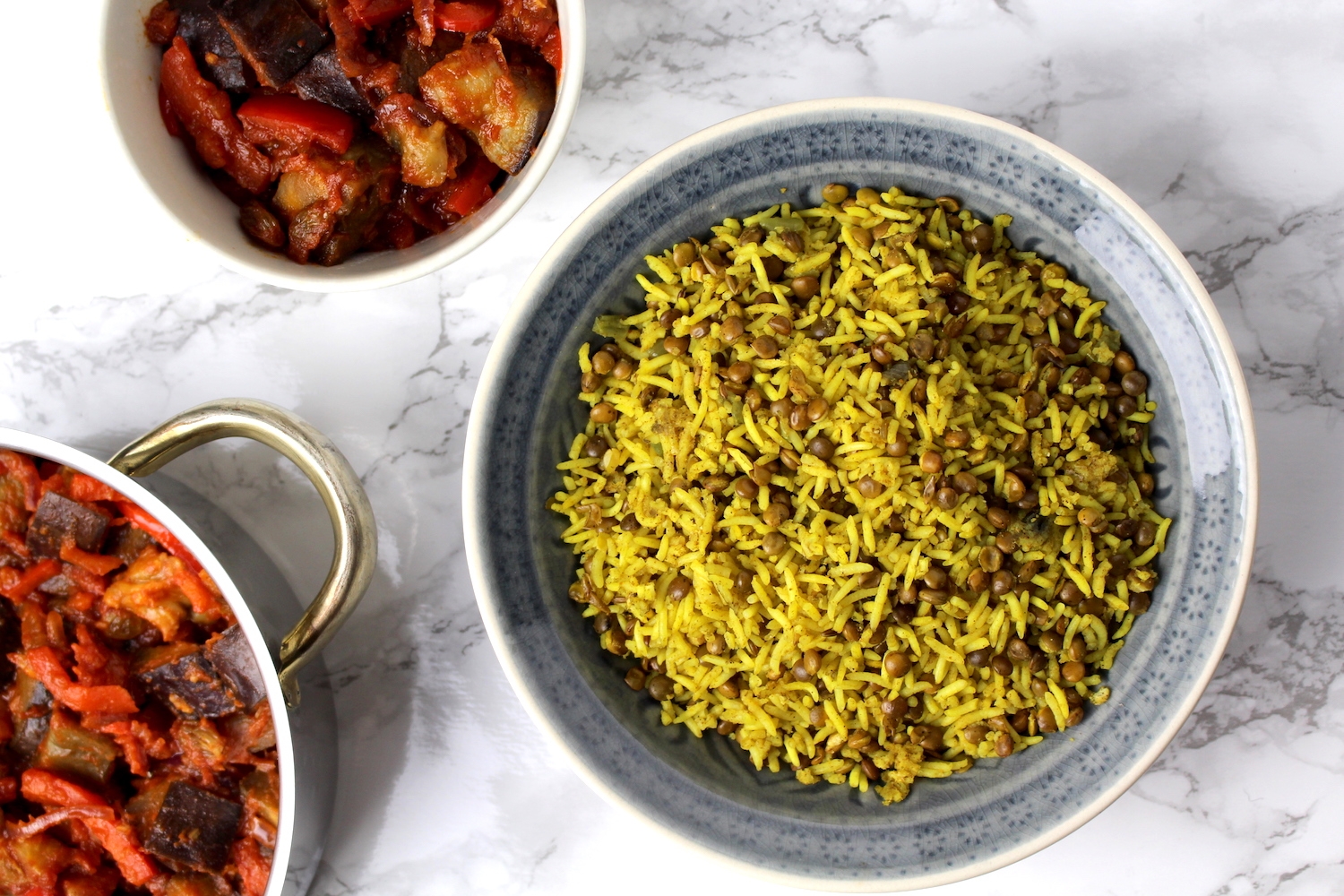 Happy New Year! Yes, I’m totally aware that it’s March 21 already but the Persian New Year begins with the first day of spring. This is why millions of Iranians worldwide celebrate the beginning of the new year today. These celebrations have to include good food, obviously. (You can find out more about the Persian cuisine and my relation to its culture in this post.)

Go straight to the recipe

Nouruz (also Nowruz or Norooz), as the Iranian new year is called, literally means „new day“in English. The day is celebrated in all the countries of the Achaemenid Persian Empire (Iran, Afghanistan, Turkmenistan, …) without being affiliated with any religion. The probably most important component of the New Year’s festival is the preparation of Haft Sin. Traditionally there are seven (haft) things on the table that begin with the letter S (sin) in Farsi (Persian language), each as a symbol for the New Year: Of course there are many more customs traditionally celebrated on this day. For instance, leaping over bonfires, that are set up the last Wednesday (Tuesday night to be precise) before the New Year to attract health, fortune and goodness. As could be expected in a culture which appreciates good food and common savoring, there are a lot of delicious dishes at these celebrations. Traditionally, rice with herbs and fish is eaten but I really prefer this rice with lentils. The eggplant stew makes the perfect vegetarian component. It’s a hearty plant-based dish everyone will love, not only vegans or vegetarians. My Persian grandma often makes this rice dish, while the eggplant stew (as I call it) is inspired by a recipe of Sabrina Ghayour and her gorgeous cookbook “Persiana”. I adjusted it slightly to my preferences and the condiments I had on hand. 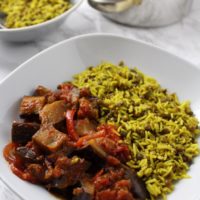 The combination of the aromatic rice and lentils with the vegetable stew is what makes this Persian dish so delicious and hearty. You definitely can enjoy either one on its own, though.