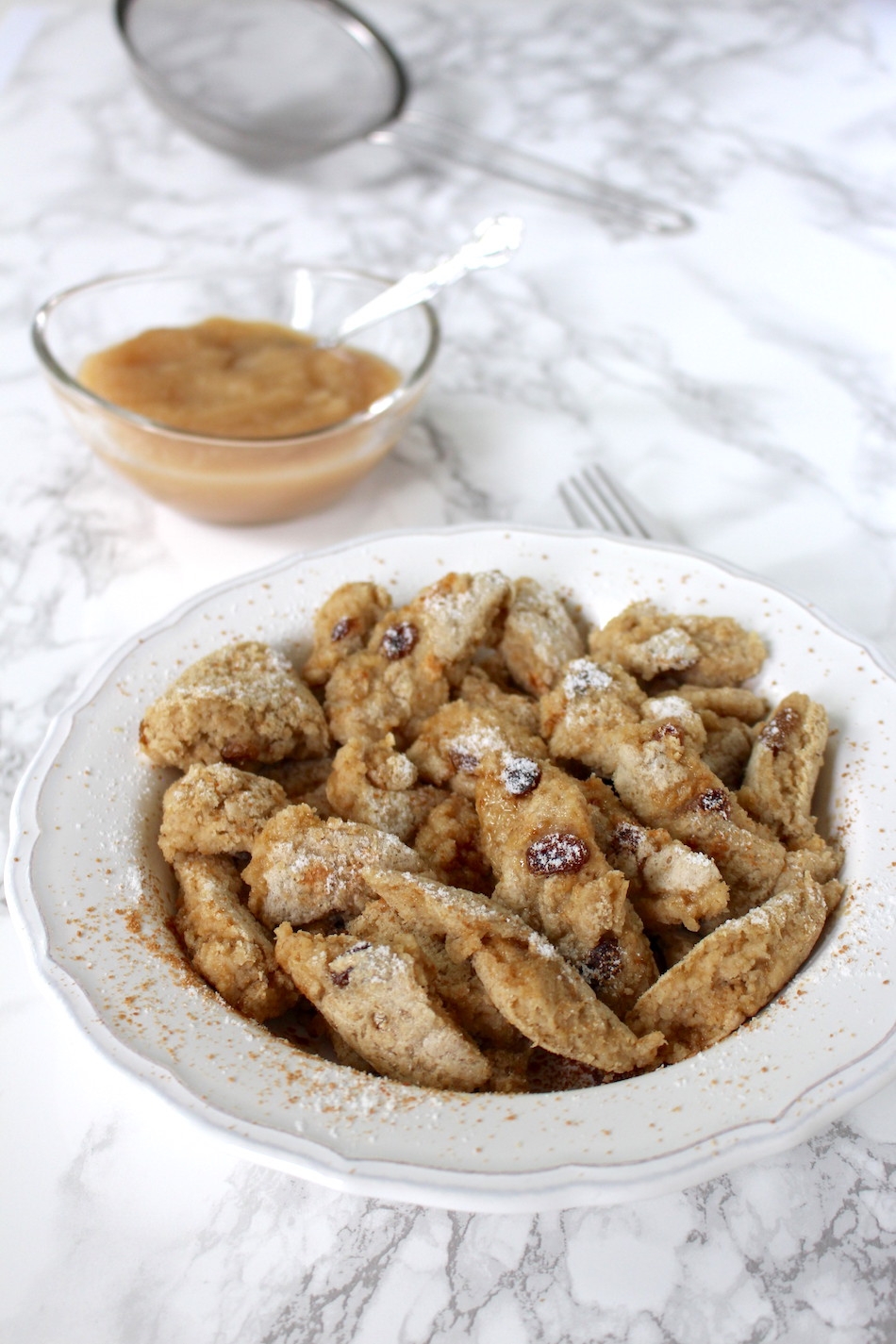 Shredded pancake was actually the one dish I desired the most when I lived in Mexico for my semester abroad. Must have been the Austrian influence, since I lived in Tirol for two years before going to Mexico. Anyway, my girls, who had picked me up at the airport of Munich after six months of quesadillas and guacamole, couldn’t reject my request and I got my much longed for imperial breakfast. Imperial? Yes, in Austria, where it’s from, this dish is literally called “imperial nonsense”. Austrians would rather eat this shredded pancake as dessert, though. Give them their due: instead of cooking one pancake after another (more or less) patiently, they take the easy way out by pouring all of the batter into the pan and tearing it to bite-size pieces after baking.

Instead of cooking one pancake after another patiently, Austrians take the easy way out by pouring all of the batter into the pan and tearing it to bite-size pieces after baking ?

This version of the imperial nonsense (no really, that’s the literal translation) is made without milk and eggs (#vegan). It’s pretty healthy AND delicious. Plus, it’s super easy to make as my friend, who rarely ever cooks, demonstrates in the video.

Get the recipe: http://bit.ly/2wlK5C8 #pancakes #recipe I take an even easier way out by using ingredients, I usually have on hand anyway. As for many of my recipes, I use oats, which I grind into flour, instead of regular flour. I talked about this in my recipe for lemon cake already. The combination of sparkling water and baking powder makes this shredded pancake really fluffy. When it comes to sweetening, balance is key: if you add a handful of raisins and sprinkle it with powdered sugar, you probably won’t need to add a lot of extra sweetener e.g. maple syrup to the batter. In the end it all depends on your personal taste, though. And as always, in the kitchen: the proof is in the pudding. 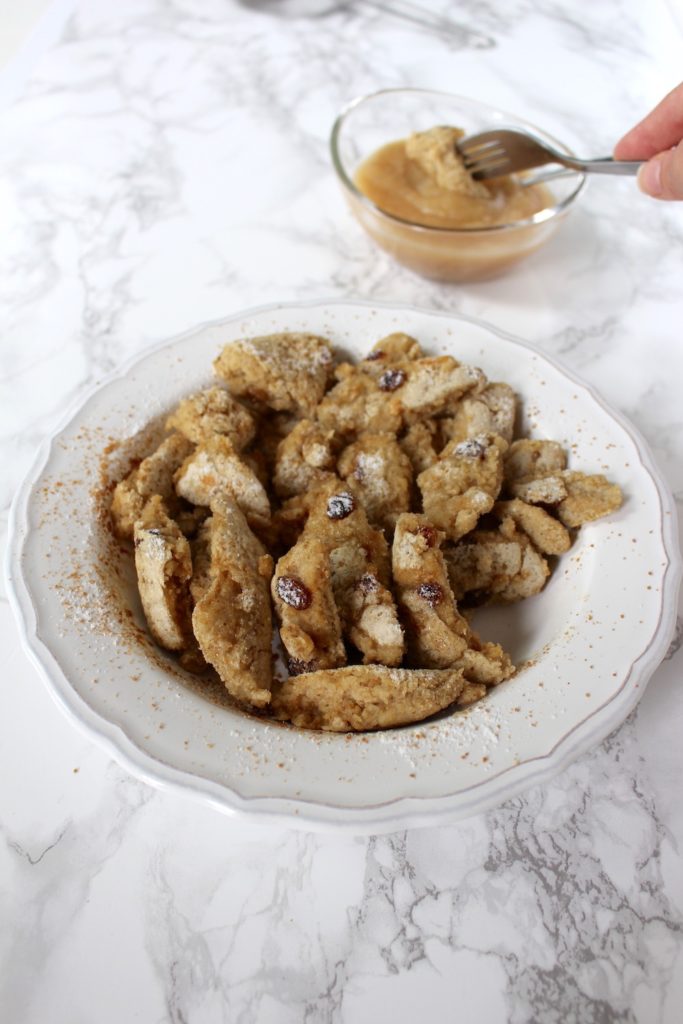 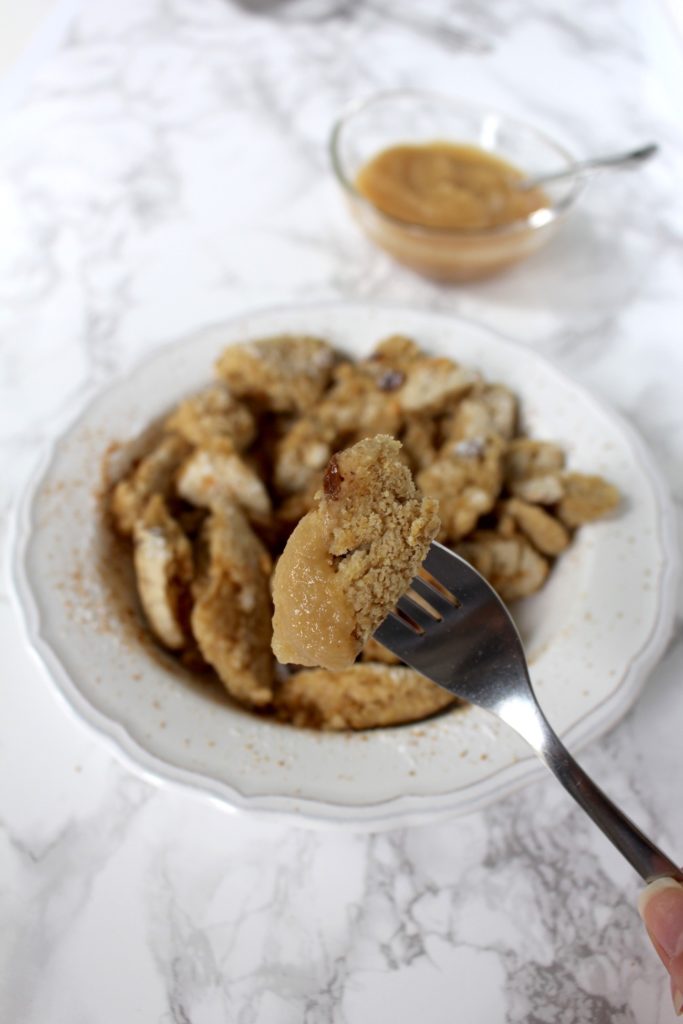 I hope you love this recipe – please let me know in the comment section below! If you make this shredded pancake, make sure to take a photo and share it on my Facebook page or on Instagram, using the hashtag #minamadefood. Oh and don’t forget to tag me (@thisisminamade) so that I can see your creations! 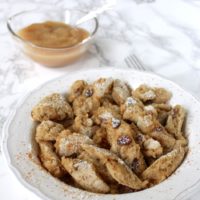 This shredded pancake is a healthier version of the Austrian Kaiserschmarrn. It's free from milk, eggs and wheat flour, which means it's vegan and gluten-free. No matter, if you eat it for breakfast or dessert, it's delicious any time of the day.